Show us your toy hauler!

Show us your toy hauler!

I was talking to Junior today and we got to comparing notes on the modifications we had done on our enclosed trailers (the JAT featured prominently in this discussion). Anyway we decided it would be a good (Winter) idea to start a thread showing the work we've done to make our trailers a "home away from home". Hopefully Jay has some in-progress pics of the JAT.

So, as some of you know, I bought Ken's 12x6 trailer that had been the sidecar hauler in its first career. He had already done the most important mod, he cut a hole in the floor for the air conditioner! That's right, this baby has A/C!!

The 'ole trailer decided to start the process by letting me know it needed new tires... 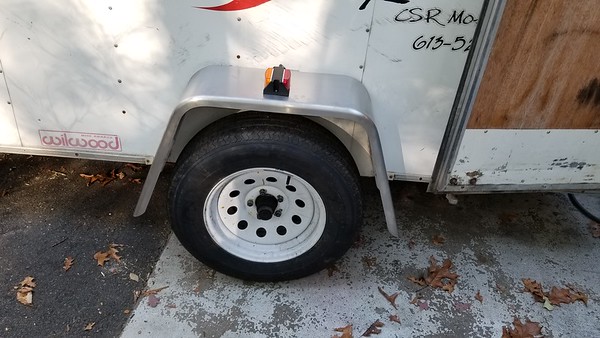 After that I gutted the interior to insulate all the walls and ceiling, I also bolted my old Crapsman tool box to the front and built a shelf and storage area around it. 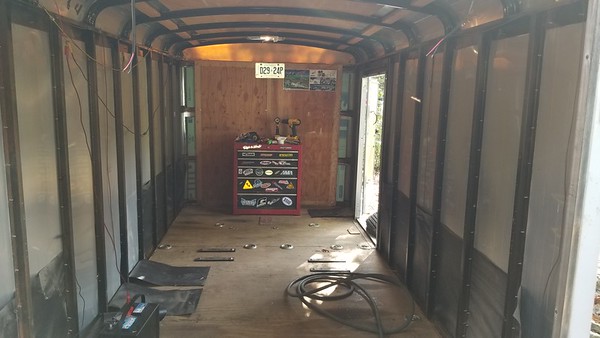 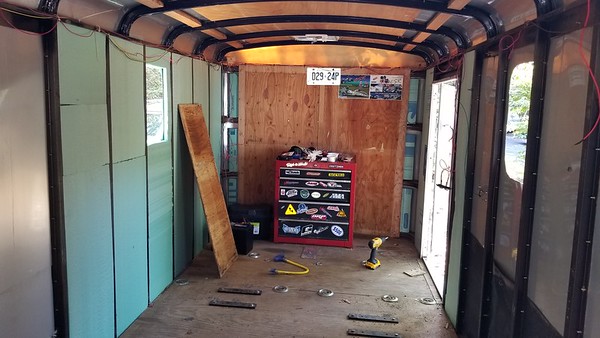 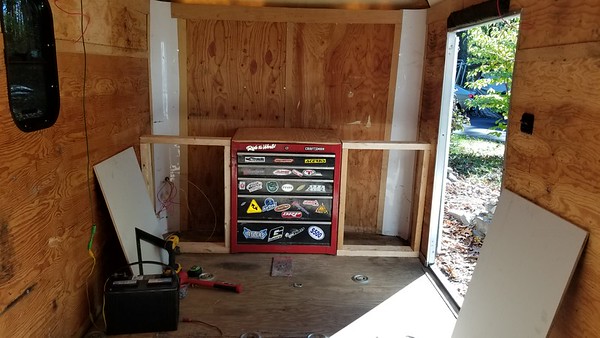 Walls back up, it was a bigger PIA than it looks... 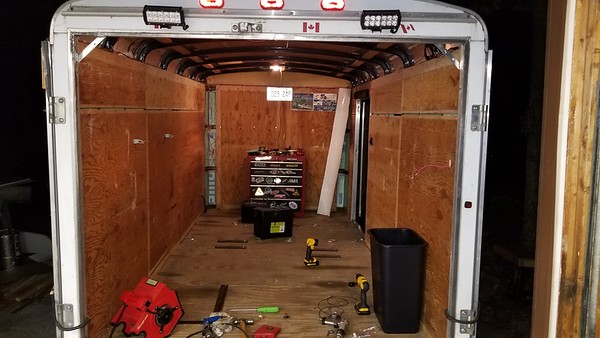 A few HID LEDs to light up the rear area: 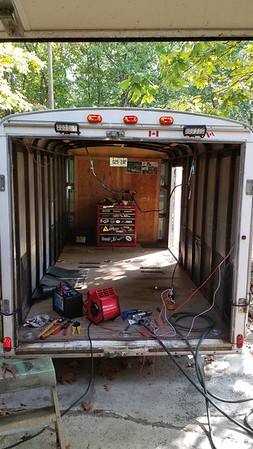 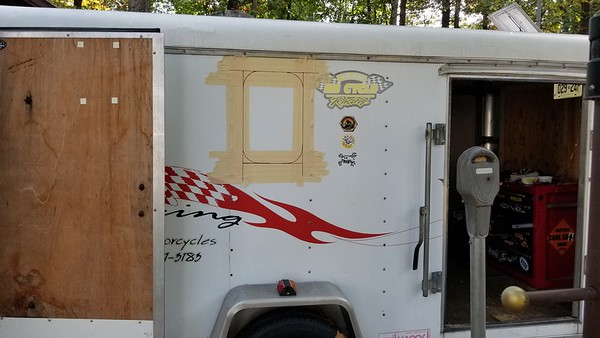 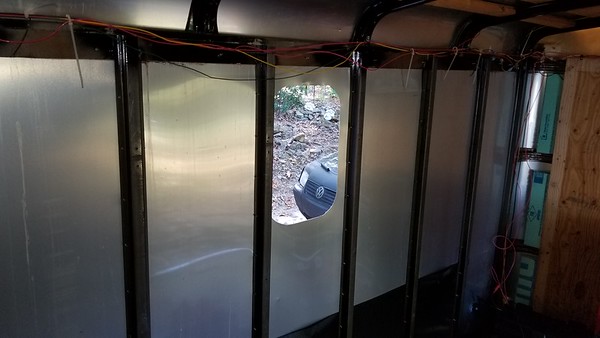 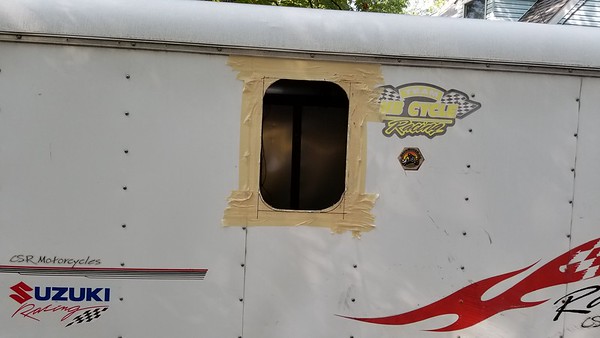 Thanks to Skinny-J's suggestion for a side light for cooking and stuff: 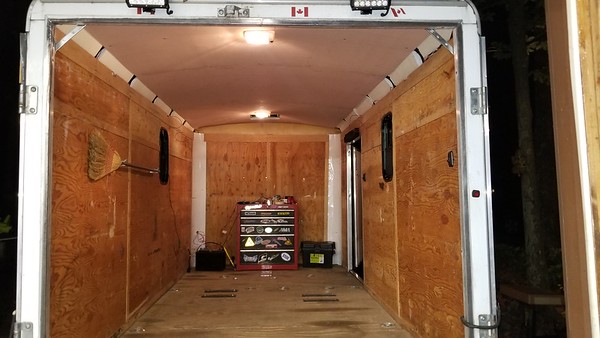 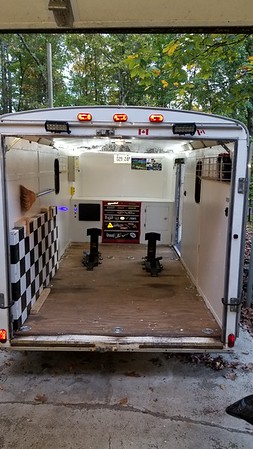 I've got a couple other little tricks I'll have to take pics of and post up. No Kyler, you can't have it back!

Looks great, Pat! It inspires me to get to work on mine (if I could stop using it as a shed, lol).

Sent from my 2PS64 using Tapatalk

now it needs a custom DAMN Rider wrap to spiffy up the exterior!

Ken
Die young as late as possible, remember who you were before the world told you how it should be. -- Barry Morris
Top

awesome work dude! I`ll get some pics of mine. You need to school me on that ceiling! Looks great.

Definitely post up what you used/how you did the ceiling.


I put flush mount chocks in mine. You are stuck with this orientation but it is nice to just flip them down and they are out of the way.

I picked up a cheap boat switch panel for controlling my lights.

I dig those wheel chocks Joe! Where'd ya get them?
F*** work.
Ride motorcycles.
Top

I got a sheet of 1" blue dense house foam (same stuff I used in the walls and front), cut it to length and width then scored one side about 1/2" deep so it would bend easier. I cut the pieces wide enough to have an interference fit between the roof ribs, that and the screws poking through from the roof held the foam in place until I got the lauan screwed in place. I found the exact oem type screws at Lowes. With my Dad holding the lauan up is was easy peezy.

For the bend between the walls and ceiling I used some vinyl backed foam insulation I salvaged from a garage door I replaced a few years ago.
F*** work.
Ride motorcycles.
Top

Pit Posse made them. I picked these up off Amazon a few years ago, but they currently aren't available

Return to “Fix the DAMN Thing!”

Users browsing this forum: No registered users and 2 guests