Want to go for a DAMN Ride? So do we!

YOU JUST JINXED US!

but I was thinking the same thing. 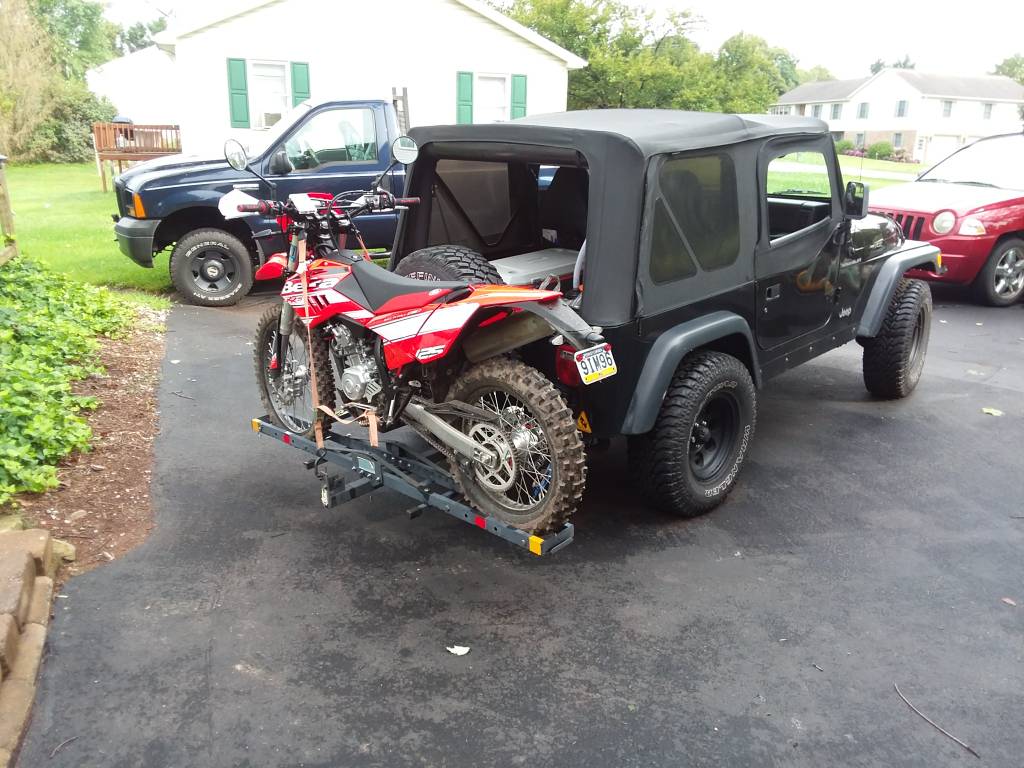 Every day is a good day when you ride
Top

Are you still planning to ride today? I’m blocked in at the moment and unable to load my bike so I’m gonna be later than I thought.

loaded and ready to go! Pulling outa here around 0530

I have a JK Jeep and was wondering if a hitch hauler would work.

Retired and loving it!
Top

our group didn't take any pics. The fast group may have. It was great; would have been better if he C+ option had been properly labeled an A-!
Ken
2016 EM Sport Electric Trials

No pics. I was riding,

So... WF, Jed, Jay of J&J, Kato and my son all made it up Saturday. We sat around and listened to the rain for a while, shot up some targets, and finally got out for a short ride in the afternoon. Dinner, fire and a beer - and a little more rain- and off to bed. Up early, with Ken and Jr showing up and we hit the check in around 0730.

We had a large crew to start- SJ & SWMBO, Stretchride, dascrub, Zach, Sean, Sam was there, Gene, Larry and Mel, Jim, a couple others that I didn't know and maybe somebody I missed. Close to 20, I think. BTW- we got a few comments on our jersey- folks are envious.

Weather was pretty good, and the rocks were a tad slippery. If you missed the parade of joggers at the exit to option three, sorry about that

Canada Hollow had a poorly marked option which sent unsuspecting folks up this nasty little section instead of the main trail. We actually sat in a line of 20+ riders for a while waiting for folks to pick up their biker and get pushed up the hill. It was a little bit of carnage. I ran into an old friend- he and a buddy were on Groms. Anybody else see those two? They were getting through the option just fine.

After lunch my son and I rode the afternoon together. We missed one option, skipped one and got extra credit. On the Horse trail option, we missed an arrow to the left and ended up going down a hill that hooked left and went straight up, then went up side hill with a 180 to the right at the top, (with wet, loose rocks of course). The guy in front of me banged his way up, then the Baby Beta zipped up. TJ on the BRP had some issues- too much throttle combined with too little tire. I walked down and pushed/pulled him up-after another guy crashed twice getting up. At the top, as we recovered, I saw riders going by in front of us and realized we had missed a turn

Easy ride back for ice cream after that.

Users browsing this forum: No registered users and 20 guests