by gots_a_sol
I'll definitely put up more advanced notice next year so we can have a DAMN team.

good luck with the race 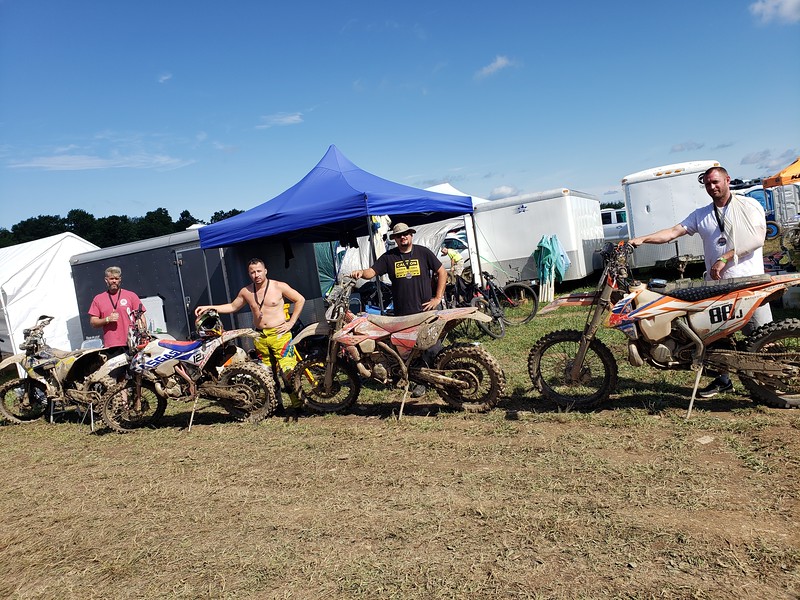 by Wingfixer
That's awesome Joe! That race is on my bucket list. I'm looking forward to hearing about your experience!

Story with the sling?

by gots_a_sol
Scott got clipped by a faster rider at night then went down and smacked his elbow pretty good. Took him out of the race.

I'll do a write up later.

by gots_a_sol
Woo, the weekend of the 24 was finally approaching. What a mad rush to get my shit together. I hadn't even looked at the Beta from Tough like RORR and I can't even recall the last time I checked the brakes and bearings of my enclosed trailer.

I spent more time than I'd have liked to working on my trailer. I decided we needed a/c in the pits, so I set out to build a drop in wall for the back of my trailer for a cheap window a/c unit (yay for having barn doors instead of a ramp). I also took the time to put some 1/2" foam insulation up on the ceiling which dropped the interior surface temp about 30 degrees when sitting in the sun. I really need to strip out the walls to insulate them but DAMN that's a project. While I was at it I built a home for my new harbor freight generator. 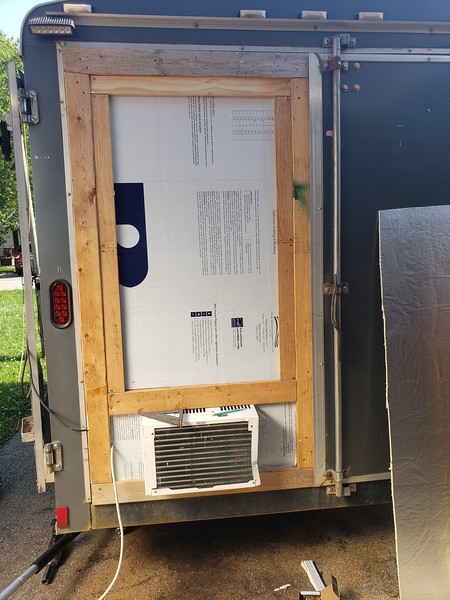 I also decided during this week I wanted to change up my helmet light setup from a single light on a proshot mount to a pair of lights on either side of the chin bar. This actually wasn't too bad because once I designed the mount I just loaded up in the printer and let it do its thing.

This was the first test based off a file I found online. I ended up removing the printed on gopro mount and used an aluminum tripod mount bolted to the base plate so I could adjust the up/down angle on the light by simply twisting it.

Final product and the rest of the team's lights. The center two are Task Racing kits and the far right is another DIY setup.

So on to the Beta. I had boiled over (so I thought) at TLR so I needed to refill coolant. I had picked up the oem fan kit from AOMC on sale which showed up the day before TLR but I didn't get to install it then. I pull out the instructions and it seems pretty straight forward, until I get to this part. 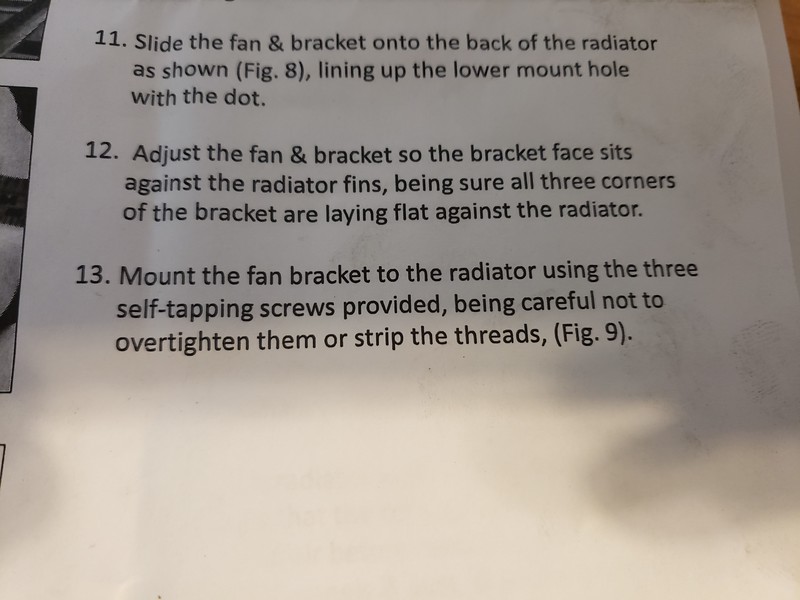 Uhh, how about no Beta. Also the bracket didn't fit well with my radiator guards so I passed on that. I ended up tig welding some tabs onto my rad guards to hold the fan in place (no pics). Ok sweet, lets fill this up with coolant and warm it up. Well it was too late at this point so I let it sit until the next day. I roll it outside and start it up then work on something else. I come back a few minutes later to a huge puddle under the bike. Freaking coolant everywhere. WTF

So I'm looking at it and there is a tiny slit in the upper hose at the head from the side of the hose clamp. Apparently that is what blew at TLR and not just it overheating. Fortunately there was enough play in the hoses to slide them down some after cutting out the damaged bit.

While doing all this I damaged a wheel bearing on the trailer and had to run out and get a replacement. Also the tires were in poor shape so I got those replaced too. I also discovered the rear axle on my trailer had a damaged wire so those brakes were doing nothing.

I finally got everything put back together and loaded up about 11pm Thursday. Me, the girlfriend, and the dog roll out about 9am Friday. The trip was uneventful fortunately and we roll in about 3 pm. Now one of the VCHSS promoters has been *thinking* about possibly holding a 24 hour race, so there was a big push to get a lot of teams out there. We had 17 teams from the VCHSS, although 2 dropped out the week before the race due to injuries. Anyway, some of those teams got there Thursday and roped off a big block of pit lane (which is first come, first served fyi) so all of us could be pitted in the same area which was really sweet. Each team gets a 15x30 spot (ironmen get 15x15) which sounds like a lot until you try to jam a trailer in there. Our initial plan was to have both our enclosed trailers on the ends and an easy up in the middle. Nope. Wasn't going to work. After I had already got my trailer backed in perfectly on one side. So we set up Scott's trailer in the woods with our tents and just turned my trailer in the pit lane for easier access. Next time there will be no trailers in the pits. If you want a/c, walk your ass back to camp

It was about 6 pm or so now. Ok, lets go get checked in. Scott had a GNCC transponder already, so no need to rent one from them for $85 (partial refund when returned). Then they hand up this sign. Whaaaaat, totally wasn't expecting that. We also get a card with our pre ordered shirt info on it to take to the shirt lady to get those. It is about half price to pre order vs buying on site btw.